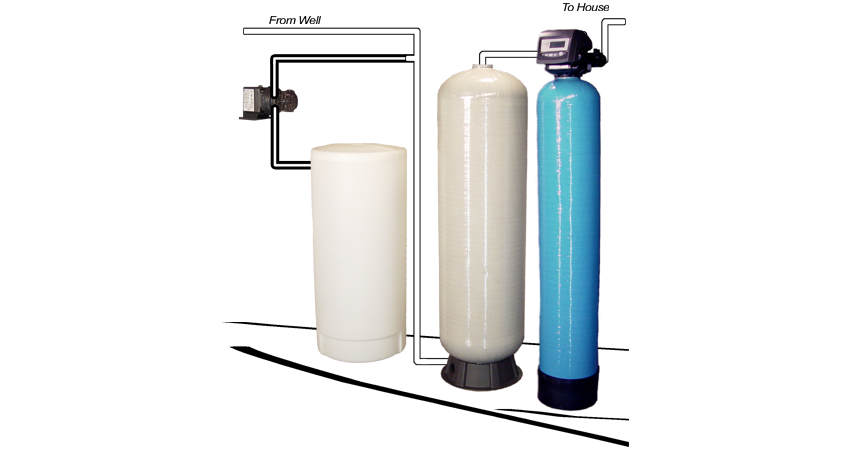 Iron bacteria is a harmless bacteria that grows off of the iron in the water.  An aerobic bacteria, it is most easily spotted in places where the water comes in contact with air, like a toilet tank, it is recognized by its slimy orange deposit.  Similar to Iron Bacteria, there is also Sulfur Bacteria and Manganese bacteria.  Because the bacteria metabolizes the iron, sulfur or manganese , normal oxidizing filters are ineffective at removing the iron, sulfur or manganese; the bacteria needs to be killed in order to get satisfactory results.  This is commonly done with a solution of liquid sodium hypochorite, also known as chlorine bleach.   The solution is injected into the water stream, the water goes into the bottom of a holding tank, through a riser tube that brings the water into the tank several inches off the bottom.  The water slows down in this tank and as the sodium hypochlorite begins to kill the bacteria and it gives up its iron, the iron is precipitated to a solid and falls to the bottom of the tank.  The water then goes out through the top of the tank and into a filter tank with an oxidizing media where any iron that hasn’t settled to the bottom of the holding tank is removed along with the majority of the chlorine taste of the water.  In fact, when the system is dialed in correctly, the chlorine is removed by the filter completely.